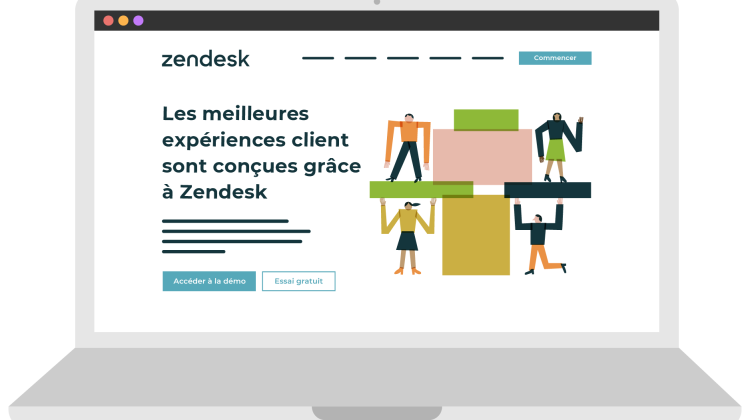 Smartling’s Global Delivery Network gave my team the freedom to prepare and publish a variety of marketing content across our international web properties with almost no dependency on the web engineering team.

As the calendar in their Copenhagen loft space turned to September 2007, Zendesk’s co-founders were growing increasingly anxious. The fact that no notable competitors had emerged in the 18 months they had just spent developing a new take on customer support software could only mean one of two things. Either there was no market for their product, or they’d soon be leading it.

Ten years and hundreds of millions of dollars in revenue later, it’s clear now which path their next few chapters followed. But to sustain that success at a global scale, something had to change.

When Kaveh Gharib was appointed Director of International Expansion in January of 2016, the company’s core product was already translated into 40 languages for customers in 160 countries and territories. However, the majority of non-English users were still only seeing a scaled-down version of Zendesk’s complete digital experience.

“As a global brand with customers in numerous countries, our international web experience was nothing to brag about,” Gharib admitted. “That had to change, fast.”

These ambitious new plans quickly placed the team’s existing translation process under the microscope. Manual content management tasks were already draining web developer bandwidth — and it was no mystery what might happen when more pages, formats, and languages were added to the equation.

Zendesk proactively avoided the friction it feared by recruiting Smartling to help reshape its translation strategy. The partnership soon paid off, with the team launching 10 localized websites within the first six months. But the process by which these results were achieved was just as notable.

Zendesk’s newfound efficiencies haven’t just changed the way localized content is produced, they’ve started changing the strategies underlying it as well. Instead of merely fulfilling requests from colleagues, program managers on the international expansion team now sit alongside copywriters and designers as new content initiatives are planned. As a result, the expansion team gets to know the spirit of the content sooner while their colleagues have a chance to hear about localization implications they may not have previously considered.

The agility of localization operations has also given Gharib the confidence to start testing more opportunities in underserved markets. The team can quickly create small batches of localized content for new audiences before scaling production up or down in response to engagement rates.

And with a data-driven perspective of where localization is and is not creating business value, Zendesk can now continuously refine its content strategy in a way that stretches more results from the same budget.