How to Enter the APAC Market: Tips for Asia-Pacific Localization

The 20+ countries that make up the Asia-Pacific market (APAC) represent a massive opportunity for global expansion. 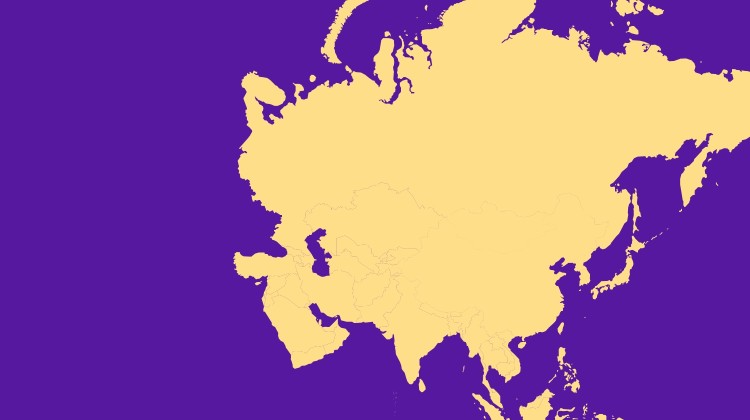 With a recent explosion in growth, users from the 20+ countries that make up the Asia-Pacific market (APAC) dominate the world’s internet usage.

China, Southern Asia, and Southeastern Asia account for more than half of the 4.6 billion people that use the Internet around the globe. That enormous audience is often a huge, untapped opportunity for companies as they look to expand their footprint.

We’re diving into everything you need to know about localization for the APAC region — the largest and most diverse on the planet.

What is the APAC region?

Drilling down one level further, APAC includes more than 20 countries:

Among these 20+ countries are more than 3,000 languages — India alone has 22 official languages! Smartling supports a variety of APAC languages, including: Why localize for the APAC region?

The Asia-Pacific region is among the fastest-growing regions of digital users. China, in particular, added 50 million new internet users in just this past year alone.

This massive region is an amazing opportunity for brands looking to expand globally. And with such a diverse set of cultures, religions, languages, and social trends, entering the APAC region should be a welcomed challenge. With the right strategy in mind, brands can successfully offer unique experiences to this growing economy.

Think about Internet use as a leading indicator. When comparing overall internet growth rankings year-over-year, a study published by DataReportal for Hootsuite and WeAreSocial reported that the APAC region delivered incredible growth in Internet use year over year — a rate that has held steady since the late 2010s. East Asia accounts for the highest percentage of Internet users on the planet (24%), while South Asia comes in a close second (17%). That’s significantly higher than the Americas (7%) or Western Europe (4%), even though those are the first regions many companies think of first when expanding globally.

This surge in users has led to a rise in spending. As the entire world continues to embrace online shopping, more APAC users are jumping online to discover, research, and purchase new products or services. China now accounts for almost half (46%) of the world’s total consumer e-commerce spending. In 2020, that meant over $2.3 trillion in retail e-commerce sales, up from $1.8 trillion in 2019.

This online shopping boom is only expected to grow. Euromonitor International predicts retail e-commerce sales across the Asia-Pacific region will double by 2025.

3 challenges of localizing for the APAC region

Of course, localization for any new region brings new challenges. Whenever you expand your business into another region, you must consider cultural nuance, legal and financial regulations, and your target audience. In APAC specifically, you want to watch out for:

1. The incredible diversity in cultures and languages

There are few geographies as diverse as APAC. Despite each country’s proximity, you’re looking at countries wildly different from one another — from the sprawling tundras of Russia to the tropical paradise of Vanuatu. Think about it this way: a flight from Australia to Russia is over 6,000 miles and takes more than 12 hours — and they’re both included in the same region!

Each APAC country also encompasses a variety of subcultures and subregions. For example, when we refer to Chinese, we’re referring to a few different versions of the Chinese language based on region: Mandarin, Wu, Gan, Xiang, Min, Cantonese, Hakka, Jin, Hui, and Pinghua. In fact, some of the seven different varieties of Chinese are so different that even native speakers cannot understand one another.

2. Use of character-driven languages

Another key challenge within APAC that doesn’t exist in other regions is the heavy use of character-driven languages. Many Western countries use some form of the Latin or Roman alphabet — even though English is a different linguistic family than Spanish or French, it’s still familiar to English speakers. Instead, languages like Korean, Japanese, and Chinese don’t use an alphabet in the same way. While Latin languages make up words using combinations of 26 different letters, Chinese has thousands of characters that create words and phrases. Each character takes up one syllable. That makes your website expand or contract dramatically depending on your source language.

To support languages like this, you’ll need to be sure your website can accommodate characters and different language formats, like vertical and right-to-left. This is typically done through internationalization — the process that takes place before localization that makes it possible for a website to function in multiple languages.

Tone and style also look completely different across the APAC region. What may be appropriate in one country could be terribly offensive in another. For example, you may use a friendly, casual tone for an Australian audience — but do the same in Japan, and you may offend your potential customers.

You may also find that certain APAC languages conceive of time and space differently, and you may need to adjust your tone accordingly. For example, most English-speaking audiences favor concise, short sentences that get straight to the point. While Japanese shares English’s concise nature, the language is much more abstract. The order in which the words are put together leaves it up to the reader or listener to intuitively “get” the meaning of the phrase.

3 tips to successfully localize content for the APAC region

The APAC region can be seen as a tough nut to crack — but that's largely due to the region’s diversity. With a clear understanding of what makes the APAC e-commerce experience so unique, brands can leverage these elements for a successful expansion:

59% of the world’s population live in the APAC region — approximately 4 billion people. And they are increasingly mobile-first consumers.

The fastest-growing markets for mobile service revenue globally are all in APAC: Unlike North America and EMEA, mobile is the default experience for users in the APAC region. According to GlobalData, APAC consumers look to mobile first, with increased mobile internet and smartphone penetration. Tied for the #1 spot of most mobile broadband connectivity are four APAC markets: Australia, North Korea, Macau, and Taiwan, all at 100%.

Much of that mobile connectivity goes toward e-commerce. The average amount spent on online purchases of consumer goods, compared to GDP per capita, also shows APAC markets at the top: China (11.8%) and South Korea (6.3%) both come in higher than the worldwide average (6.1%). Indonesia (5.3%), Vietnam (4.9%), and India (4.0%) aren’t far behind. By tailoring content to smartphones, tablets, and even smart speakers with voice search, brands can reach these users where they are already spending time.

2. Localize down to the city level

Brands must take a careful approach to localizing content for individual countries or even individual cities. With proper planning and research, organizations can build out a detailed understanding of each unique region, even down to the city level. Focusing on specific cities and regions with a precise localization strategy allows your brand to really dial in on what matters to those customers and adapt your marketing, products, and operations accordingly.

This is an interesting distinction to make. In the last 10 years, there's been a significant movement of populations from rural regions into the growing cities, ripe with opportunity and wealth. High-growth cities to consider include Hong Kong, Macau, and Seoul.

Usually, messaging written for one target segment or audience won't resonate with a completely different group — even after translation. Translation is more about replicating existing content in a new language, while transcreation aims to develop entirely new content while still capturing the overall tone, feel, and voice of the brand.

Transcreation lets your brand tailor content to the unique elements of each region's culture instead of one-size-fits-all translations that don’t quite resonate with this new audience.

With transcreation, your focus is on the meaning of the content rather than the letter. That way, you can collaborate with translators to better capture the preferences of your specific country or city within APAC, rather than trying a one-size-fits-all approach. In such a diverse region, it’s important to come back to your brand’s value and why it matters to those customers.

A growth opportunity worth seizing

The rapid growth of the APAC region makes it an appealing prospect for companies seeking global expansion. But as with any new audience, there are unique elements that must be considered for content to engage and resonate.

Working with our talented translators — most of which are located in the region they translate for— lets your brand gain a strong understanding of the cultural elements and trends unique to each audience in the region. The better you know your audience, the easier it will be to serve them — and take advantage of one of the fastest growing markets in the world.

Want to learn more? Book a meeting to speak to one of our experts today!