It’s hard to think of two languages less like one another than English and Chinese. Here’s everything you need to know about translating between the two. 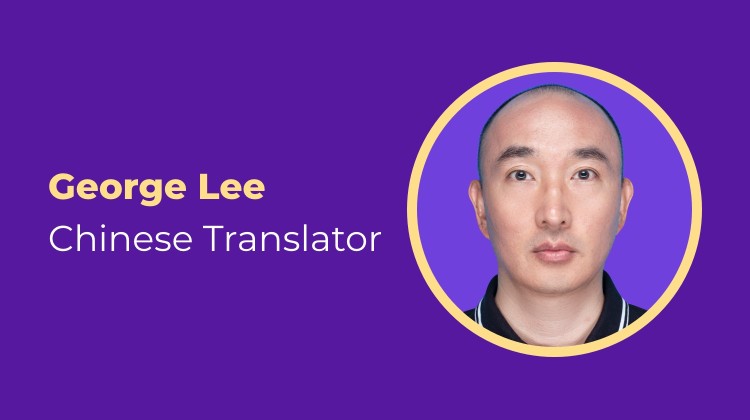 By far, the language spoken by most people in the world is Chinese. Over 1.3 billion people speak some form of the language today — 16% of the entire world’s population. That’s significantly more than Spanish (460 million) or English (380 million).

It’s also one of the six official languages of the United Nations, along with English, Spanish, French, Arabic, and Russian.

Chinese speakers reside all over the world, including in Singapore, Hong Kong, the United States, South Africa, the United Kingdom, and more. So if you’re thinking of expanding your business internationally, you’ll miss out on a huge audience if you don’t translate into Chinese.

Since China is one of the birthplaces of civilization, you may already know some Chinese words adapted to English, like feng shui, ginseng, monsoon, or ketchup.

But it’s hard to think of two languages more different from one another than English and Chinese. So we spoke to one of our expert Chinese translators to find out the key differences and challenges you need to know.

1. There isn’t one “Chinese” language

When we refer to Chinese, we’re actually referring to a few different versions of the Chinese language based on region: Mandarin, Wu, Gan, Xiang, Min, Cantonese, Hakka, Jin, Hui, and Pinghua. In fact, some of the seven different varieties of Chinese are so different that even native speakers won’t understand one another.

Mandarin Chinese is the official language of mainland China, while Cantonese is more often spoken in Hong Kong. This is why it’s so important to be specific about your audience. The more you know about their needs, dialects, and location, the more you’ll be able to engage the right translation team.

While there may be many different varieties of Chinese, they all use the same written characters for Chinese text, similar to languages like Japanese and Korean.

“English uses pinyin writing, while Chinese uses ideographic writing. The most basic unit of English is a word, which makes up sentences, but in Chinese, the most basic unit is a character. Each character represents one symbol with its own meaning.” — George L.

Chinese doesn’t have an alphabet in the way that English speakers think of one. Today, China has adopted a phonetic system using Latin letters, which can help children learn to write and speak. However, it’s not widely used.

While Latin languages make up words using combinations of 26 different letters, Chinese has thousands of characters that create words and phrases. Each character takes up one syllable. Formality within grammatical structures and addresses is just as important in Chinese as it is in Latin languages. While there isn’t a formal “you” like there is in Spanish or French, Chinese does designate formality through place names and surnames, which are written differently.

“Place names and organization names are written in Chinese from largest to smallest. For example, in XX County, XX City, XX Province, China, it is customary to put high-level ones in the front and low-level ones in the back, while English is just the opposite.” — George L.

This designation also holds true for surnames, which come first before personal names.

4. Chinese is a tonal language

Pronunciation is one of the most essential aspects of spoken Chinese. There are four major tones that will completely change the meaning of the word based on how it’s spoken:

Tones dramatically change the meaning of Chinese words and are just as complex to learn as tenses, agreements, or word order of grammatical structures of Latin languages.

English is one of the most challenging languages to learn because of the grammatical rules. (Don’t forget all those exceptions! Remember “I before E”?)

Chinese grammar is much more straightforward without tenses or plurality.

“Chinese nouns do not have plurals, and verbs have no changes in tenses, voices, the subjective, and so on. That is to say, Chinese words have only one unique form in use, and there will be no changes due to grammatical requirements. Various tenses, voices, subject-object, singular, and plural grammatical meanings will be reflected through the content of the sentence above. The only real difference is that Chinese often put adverbials that indicate time, place, and way in front of the sentence, while English usually puts it at the back.” — George L.

Chinese uses other ways to distinguish objects, the past, and nouns from one another. But in general, you only need to learn one word and one verb rather than memorize an entire table of verb tenses and pronouns as you would in French or Spanish:

The basic word order for Chinese is also the same as it is in English: subject - verb - object.

Because of these structural differences, it’s important to work with translators who can understand Chinese-English cultural and linguistic differences and make recommendations on how to approach your web pages and content, so it feels like it was written for your Chinese audience.

Focus on creating localized experiences for your customer, and we’ll take care of the rest. There is no need for Google Translate or machine translation. Whether you’re translating into Spanish, Romanian, Russian, Polish, Dutch, Japanese, Swedish, Finnish, Arabic, or another of our many languages offered, we’ve got you covered.

Meet the translators behind our localization engine > https://www.smartling.com/translation-services/translators/