What to Know About Translating from English to Japanese

130 million people speak Japanese today, making it the ninth-most spoken language in the world. We connected with three translators about what you need to know when translating English to Japanese. 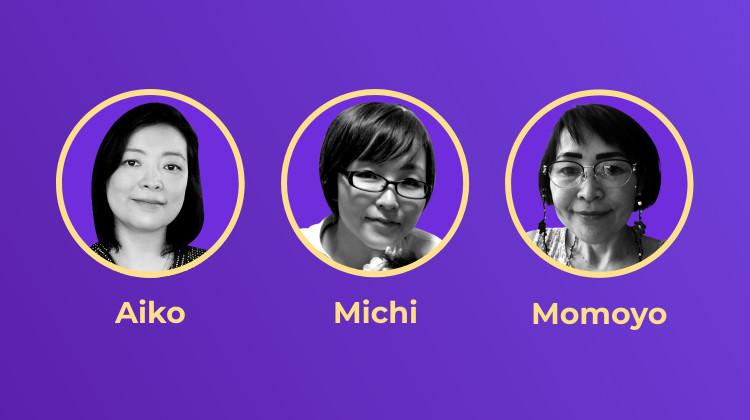 Over 130 million people speak Japanese today, making it the ninth-most spoken language in the world. While the majority of those speakers live in Japan, you’ll also find Japanese speakers in the U.S. and Brazil.

When it comes to business, Japan is one of the most powerful economies in the world, boasting a GDP of $5.08 trillion. Japanese influence can be felt throughout Western markets, especially in cultural exports like anime/manga, video games, cuisine, electronics, and design.

Between grammar differences, cultural preferences, and style and tone for modern translations, there is plenty to learn about translating content between English and Japanese. That’s why we turned to our expert Japanese translators for a bit of advice.

Seven common challenges for Japanese translations (and how to solve them)

Going from an English translation to your target language requires more than just translator fluency. They need to understand your target audience, intent, and overall meaning you’re trying to convey.

This comes with its own set of challenges, which is why we interviewed three of our top-notch translators at Smartling to review everything you need to know about Japanese-English translation.

In general, a foreign language like Japanese will expand text compared to English words:

That’s even more true with a language like Japanese, which doesn’t use the Latin alphabet. Instead, Japanese uses three different kinds of script called kanji, hiragana, and katakana.

“It’s a challenge to stay within the character limits as Japanese letters are double-bytes and take up more space than English terms.

Also, even if the original English sentences simply say "they," "these," "those," or "it,” we might have to rephrase them in more detail on what these words represent. This, combined with the double-byte characters, can result in much longer sentences.” — Aiko T.

Before you hire professional translators and begin localizing your website, make sure your developers have completed the internationalization process. Internationalization refers to the back-end work developers do to accommodate localization, such as currency figures, additional characters and accents, and changing text length.

With Japanese, it’s essential to stay flexible, especially with document translation work for fixed-character projects like presentations, flyers or one-pagers, and packaging. As your design team creates a new piece of content, know that if you’re translating into Japanese, the text will likely expand—and because Japanese audiences have different preferences, you’ll need to localize imagery as well.

Most English-speaking audiences favor concise, short sentences that get straight to the point. The English language tends to use direct, declarative structures that clearly spell out the meaning of the sentence. Japanese shares English’s concise nature, but the way the words are put together leaves it up to the reader or listener to intuitively “get” the meaning of the phrase.

“English is a logical language, while Japanese relies on the ability to read between the lines. Sometimes when translating English to Japanese word by word, translation sounds too abstract for Japanese. We call it “翻訳調,” which means it is clear that the sentence is translated from another language and not written by a native. To avoid sounds 翻訳調, I use English-English dictionaries to get what the writer intends to tell first and ask myself how I say that in Japanese.” — Momoyo H.

That’s why context is so important to remember with translations. Your team needs to know what type of page or content they’re looking at, the goals for the page, and notes on images, layout, and design, so they can provide more accurate translations.

“One of the biggest challenges in translating from English to Japanese (especially when translating a whole page or more) is to tackle each string one at a time. This can cause a very 'choppy' translation in the end. Without understanding what comes before and after the string, you won't be able to capture the true context behind each string or make the whole section flow smoothly. Japanese is a very context-dependent language (as you can see in many 'subject omitted’ sentences in Japanese). So, the more context, the better!” — Aiko T.

When you submit your request for translations in tools like Smartling, make sure you include notes on how words and phrases will be used through images of the UI, a content brief, or larger strategic information on brand and tone of voice. You can do this directly through Smartling’s translation tool that automatically creates a glossary and translation memory for reference.

Any foreign language puts words together in different ways than English. In Japanese, logic looks different, often omitting the smaller connector words English uses like conjunctions and pronouns. Additionally, word order is reversed in Japanese, so the verb comes at the end of the sentence rather than at the beginning.

“The grammatical difference is definitely one of the biggest challenges. We need to switch the word order often for better readability. And the Japanese language tends to omit information like agents and pronouns in sentences, so we often have to paraphrase the source content.” — Michi

Japanese is one of the fastest languages to speak, partially because it has the least amount of information (like the subject, pronouns, numbers, or other common grammatical structures in English) in a given sentence.

Culturally, politeness is fundamental in Japan. In English, we have some honorifics to address people more politely (such as sir or ma’am), but in general, audiences expect a more casual relationship between customers and businesses.

Japanese formality and politeness are much more complex. There are three levels of politeness in Japanese: kudaketa (plain), teinei (simple), and keigo (advanced).

“Japanese relies heavily on contexts, and appropriate terms and styles may vary according to the context. You need to know who the target audience for the material is and the proper level of politeness for each target audience. Overall, you can’t be too informal, but you also can’t be too polite as well since it may sound rather cynical or sarcastic. Using polite expressions is a headache for many Japanese, and I keep checking if I use it right not to offend audiences.” — Momoyo H.

Translators need to strike a balance between formality that makes sense for an Japanese audience and the general feeling of your brand. Remember that localization isn’t always about strict translations, but it is also about the cultural nuances required to have your content feel local and natural — and formality and politeness is one of those elements.

English is more direct than Japanese, which means traditional greetings like “Hello,” or “How are you?” function in many settings. In Japanese, however, you’ll find various phrases and greetings meant to tie people together. Thus, it’s important to include these greetings and phrases in translations, even if there isn’t an English equivalent in your source text.

“There are many everyday phrases that people in Japan use all the time as part of greetings. I didn't realize how important these words were until I left Japan and started missing them. In Japan, people don't often show their affection by physical touches like hugging and kissing, but instead, I realize that there are so many great words that show how much we care for each other and show compassion and kindness to others.” — Aiko T.

In business, “おつかれさま (Otsukaresama)” is a common example. It is a phrase used to acknowledge each other's hard work. For example, you might say it to your coworkers or your boss when arriving at work, after a long day at work, or even to your clients on the phone. This phrase shows that you recognize the other person's effort and commitment, loosely translating to, “I respect your hard work and effort.”

Similarly, humor looks very different for a Japanese audience. What may be funny to an American audience can fall flat in a Japanese one and vice versa. This is especially true with pop culture references and other cultural norms.

“Marketing copy can be very tricky to translate into Japanese, especially with puns or plays on words. I once translated a project that had the phrase, ‘We roll together,’ overlapped on top of the image of a sushi roll, which was a play-on-words to indicate a great partnership. But there are no phrases in Japanese like that, so we had to work together to come up with something completely different that still worked for the Japanese audience.” — Aiko T.

Double-check puns and pop-culture references to make sure they’ll make sense, and if you want to keep them in, empower your translation team to find culturally appropriate swaps.

Focus on creating localized experiences for your customer, and we’ll take care of the rest. No need for Google Translate or machine translation — whether you’re translating into French, Spanish, Portuguese, Italian, Russian, German, Polish, Czech, Danish, Chinese, Finnish, Arabic, or another of our many languages offered, we have you covered.

Our suite of translation management technology and language services eliminates manual translation efforts, removes black-box project management, and creates quality translations while lowering your costs. You’ll be able to directly communicate with your translation team, like Momoyo, Aiko, and Michi.