The Ultimate Guide to Global ExpansionDownload the Infographic

One of the most popular languages in the world, Spanish is spoken by over 580 million people in 110 countries. Here’s what you need to know about translating English to Spanish. 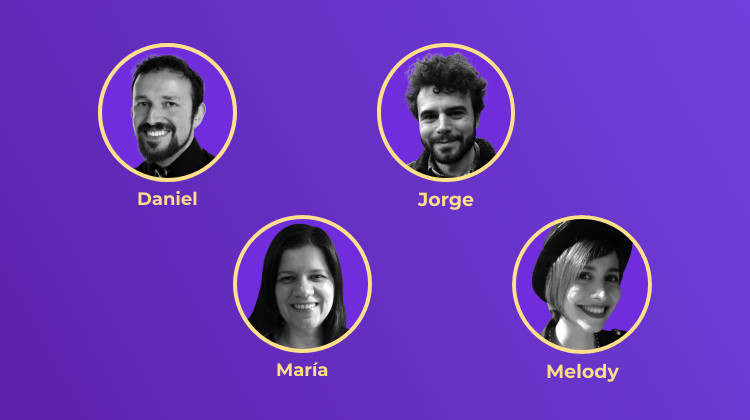 One of the most popular languages in the world, Spanish is spoken by over 580 million people in 110 countries. Here’s what you need to know about translating English to Spanish.

Going from an English translation to a target language like Spanish requires more than just fluency on the part of your translators. They need to understand your target audience, intent, and overall meaning you’re trying to convey. That’s why we turned to our expert Spanish translators for a little advice.

While Spanish is the third most popular language on the Internet, you’ll find it can look different depending on your target markets. This is why we work with talented translators across Europe, Latin America, and the Caribbean. We interviewed four of our top-notch translators at Smartling to go over everything you need to know about translating from English to Spanish:

If you’re looking to translate your content into Spanish, it’s important to know exactly what kind of Spanish speakers are in your target market. There isn’t one “Spanish” but many versions of Spanish born out of historical, cultural, and linguistic changes over time.

“Spanish is spoken in many countries. In general, there's a big distinction between Spanish from Spain and Spanish from Latin America. However, there's not only one Spanish in Latin America. Most of the time, clients want to translate to ‘Latin American Spanish’—but that doesn’t exist. There’s a rich variety of expressions and vocabulary from every country.” — Maria R.

Localization goes beyond translation into specific languages, and Spanish is a great example of that. Understanding your target market—including cultural nuances, specific vocabulary and dialect, and quirks and phrases—needs to be more detailed than “Spanish.”

Take, for example, the kind of “Mmhmm,” “OK,” or “Alright” type of words you often find in languages when spoken among casual friends. In Spanish, that might look like “Vale” in Spain, “Dale” in Argentina, or “Sale” in Mexico.

In the same way that English speakers in the UK, Australia, and the US have completely different spelling, grammatical, and cultural norms, so do different countries within the larger “Spanish” umbrella. And there are other dialects to consider based on the market, like Catalan in Spain.

In general, a foreign language like Spanish will expand text compared to its English counterpart:

With changing lengths of words, phrases, and sentences, you’ll need to make sure your website and application are internationalized completely before hiring professional translation services. Internationalization refers to the back-end work developers do to accommodate localization, such as currency figures, additional characters and accents, and changing text length.

“A common challenge is length. Typically, Spanish translations are much longer than their English equivalents, but if there are space or character limitations (e.g. tables, or buttons on a website), we have to struggle to provide accurate translations while respecting those limitations.” — Jorge P.

That’s why incorporating translations directly into the design process is so important. You want to make sure you’re not forcing a button to expand into multiple lines (it’s happened!), but you equally don’t want to confuse Spanish readers when they make it to your site.

The same is true for document translation that limits character counts, like advertisements, presentations, and flyers. Stay flexible when designing your materials for a global audience, so you don’t have to spend extra hours de-bugging pages or re-translating materials because the translation requires additional lines of text.

3. The Spanish language is more complex

One of the most significant differences between a language like English and a romance language like Spanish is the level of complexity. Unlike English, Spanish uses gendered nouns that change based on the speaker, the noun, and the plural and has different agreement rules regarding verbs and adjectives.

“Another challenge is not to stick to the English structures when you're translating into Spanish. I see it often when reviewing English-Spanish translations. Sometimes a text doesn’t sound natural enough. You can feel it's a translation from another language.” — Maria R.

Spanish is put together differently from English, such as the order of verbs and adjectives, overall sentence structure, and questions vs. statements. That’s why context is so important to remember with translations. Your team needs to know what type of page or content they’re looking at, the goals for the page, and notes on images, layout, and design so they can provide more accurate translations.

With over 6,000 homonyms in English, it’s essential to make sure definitions are clear. Common marketing, technology, and e-commerce words like “insights,” “features,” “process,” and “delivery” can all vary wildly based on the context that you provide.

When you submit your request for translations in tools like Smartling, make sure you include notes on how words and phrases will be used through images of the UI, a content brief, or larger strategic information on brand and tone of voice. You can do this directly through Smartling’s translation tool, which also automatically creates a glossary and translation memory for reference.

It’s also why you’ll get to know one or two translators as extensions of your team when you use Smartling — not only to build deeper relationships across cultures but also to make sure your brand “speaks” consistently across your materials.

4. Spanish requires different levels of formality (and that rule is different depending on the market)

In Spanish, as in other romance languages, formality matters. Formality is more than addressing someone as “sir” or “ma’am” the way we would in the United States—it’s about choosing the correct address based on the relationship to the person. For example, you would address a doctor or your manager differently from a close friend or spouse.

There are four different ways to say “you” in Spanish depending on who you’re addressing, their gender, and whether you’re talking to more than one person. On top of that complexity is the use of “tú” vs. “vos.” Vos is most often used in places like Argentina instead of “tú.”

That variation extends to the overall tone of voice. Culturally, English tends to be less formal than Spanish and more enthusiastic, especially in marketing materials. Translators need to strike a balance between formality that makes sense for an Spanish audience and the general feeling of your brand.

“Sometimes when addressing the client, English marketing texts tend to use a lot of exclamation marks. While these can be seen as merely enthusiastic in English, in Spanish, they can often be seen as pushy and even aggressive.” — Daniel G.

You may already have a set tone of voice or guidelines around formality in English, but it’s important to remember that localization isn’t just about the literal translation but about how your brand is interpreted through the cultural lens of that market.

When translating from your source language to a foreign language, you’re bound to run into cultural norms that just don’t translate. The same is true when translating English to Spanish. Double-check puns and pop-culture references to make sure they’ll make sense, and if you want to keep them in, empower your translation team to find culturally appropriate swaps.

“Sometimes it’s a little difficult to translate certain American references, for example, a joke about or a reference to a TV sitcom from the 80s that was famous in the US, but not in Argentina or other countries. In another example, it seems that the Starbucks ‘pumpkin spice latte’ is very popular in the US, but Starbucks doesn’t sell that beverage in Argentina. In these cases, the translation becomes a little longer, or we have to paraphrase it.” — Melody B.

In other cases, it can be fundamental ways people interact with the world, like their relationship with their families, country, and time that change based on the market.

“A fun example of cultural differences to think about is how we perceive time. In English-speaking countries, there is a clear difference between morning, noon, afternoon, evening, and night, but in Spain, this is quite vague. For instance, our afternoon begins at some point after 2-3 pm and lasts until 9-10 pm, then there is no evening at all, and night suddenly starts. That matters for how we talk about different products or services.” — Jorge P.

Remember that localization isn’t always about strict translations. It is also about the cultural nuances required to have your content feel local and natural, which is exactly why at Smartling, we work with expert native-speaking translators from around the world.

Focus on creating localized experiences for your customer, and we’ll take care of the rest. No need for Google Translate or machine translation—whether you’re translating into French, Italian, Portuguese, Russian, Japanese, German, Dutch, Polish, Czech, Danish, Finnish, Arabic, or another of our many languages offered, we have you covered.

Our suite of translation management technology and language services eliminates manual translation efforts and black-box project management and creates high-quality translations while lowering your costs. You’ll be able to directly communicate with our professional translators on your translation team, like Jorge, Daniel, Melody, and Maria.