French is an official language in 29 countries and for the United Nations. Here is what four translators want you to know about translating English to French. 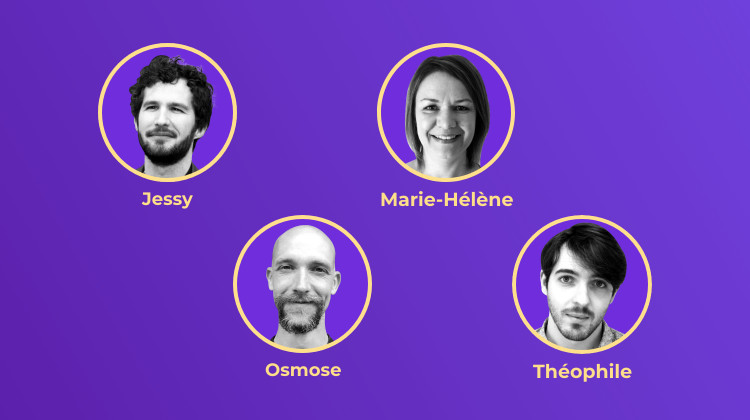 As the official language in 29 different countries and the United Nations, over 275 million people speak French around the world. It’s no surprise considering the term “lingua franca,” meaning a common language, refers to a mixture of French, Italian, and other Mediterranean languages.

Between grammar differences, cultural preferences, and style and tone for modern translations, there is plenty to learn about translating content between English and French. That’s why we turned to our expert French translators for a little advice.

Going from an English translation to your target language requires more than just translator fluency. They need to understand your target audience, intent, and overall meaning you’re trying to convey.

This comes with its own set of challenges, which is why we interviewed four of our top-notch translators at Smartling to review everything you need to know about translating from English to French.

1. French translations will be longer

In general, a foreign language like French will expand text compared to its English counterpart:

That means it’s important to make sure you’ve internationalized your website and application code ahead of any translations and that your designers have built a UI that can handle longer word length and more words for any given amount of space.

“In French, you need more words than in English to express an idea. This is a problem translators often face when they are asked to observe character limits, like in a PowerPoint presentation. Translation has to fit in a restricted space while staying accurate and convey the same message as the source.” — Marie-Hélène P.

With French, it’s important to stay flexible with your content length and limits for document translation and work directly with the design team. Otherwise, you’ll end up spending extra time and money de-bugging presentations and application pages after translations are already completed.

At Smartling, we integrate directly with design tools like Figma so that anyone using the platform for design can incorporate real or pseudo-translations into the design process from the beginning, fine-tuning any text expansion before development begins.

One of the biggest differences between a language like English and a romance language like French is the level of complexity. Unlike English, French uses gendered nouns that changes based on the speaker, the noun, and the plural and has different agreement rules when it comes to verbs and adjectives.

Because of this, even simple words or phrases for marketing slogans require line-level decision-making on the part of the translator.

“French can become very complicated. The word "added" could have 4 different translations depending on whether the subject is singular, plural, masculine, or feminine because our words always bear the mark of gender and number.” — Osmose M.

That’s why it’s so important to provide context with translations so that translators know exactly where and how a given word or phrase will be used. That can be through images, notes, or broader strategic information about the word placement and what information is conveyed — all of which you can store directly in your Smartling account. Smartling’s translation tool also automatically creates a glossary and translation memory for reference.

It’s also why we ensure you get to know the translators assigned to your account — so there’s continuity in how your brand sounds and feels to your audience in that target market.

3. The French language has more than one level of formality

Culturally, the biggest difference between English and French is the level of formality. For native speakers, this is automatic — it takes some getting used to when translating from English, which doesn’t have a built-in formality in grammar (though we do use addresses like sir or ma’am).

In French, as in other romance languages, it’s appropriate to address spouses, friends, and peers differently than doctors, managers, customers, and professors.

Translators have to balance the level of formality appropriate for a French audience which may seem too formal from an American or English point-of-view. Being too formal creates an unnecessary distance (or renders you “uncool”), but being too familiar can be impolite or inappropriate.

“English-speaking clients always want to look like they’re close to their customers and use ‘tu,’ but in French, it’s really used only for the younger crowds. If someone messaged me that I didn’t know, I’d be offended if they used ‘tu.’” — Jessy C.

You may already have a set tone of voice or guidelines around formality in English, but it’s important to remember that localization isn’t just about the literal translation, but about how your brand is interpreted through the cultural lens of that market.

French audiences tend to be more skeptical than American ones, especially when it comes to marketing content. It’s common for marketing copy to extoll the benefits and virtues of a given product — but being too enthusiastic can turn off French audiences, who may feel like you’re hiding something.

“I often have to tone down the intensity of the copy — saying that something is ‘great,’ ‘awesome,’ or ‘the best product’ doesn’t work too well in French. For us, saying something like, ‘it’s not bad at all’ is the closest we have to the American ‘great.’ Overall, we’re more reserved when it comes to giving praise. Of course, you can and should put forward all the best qualities of your product, but it can’t be too in your face.” — Theo C.

When you translate copy, it doesn’t have to be exact for your meaning to get across. It’s also important to look at where you’re repeating yourself with similar ideas, since there may not be more than one way to translate it.

English repeats itself a lot. In French, repetitions look boring at best and annoying at worst, so translators may need to omit parts of the source text or get more creative so it doesn’t look like you’re saying the same exact phrase over and over.” — Jessy C.

Give your translators some room to localize the content based on what you want your audience to know. It’s okay to dial back some of the excitement for the French audience.

Every year, hundreds of new words in English circulate around the globe. Merriam-Webster added 520 words to the English dictionary in 2021, with terms like “coworking,” “crowdfunding,” and “cancel culture” are all words that might not have an immediate French translation, and that’s okay.

“When it comes to modern industries and new terms from English-speaking companies, we often keep the English expression. Academically speaking, there’s a stiff consensus that we shouldn’t allow new English words to enter the language and find a counterpart, but it often creates very awkward or approximate translations. Customers have different preferences, but in general, if you want to sound modern, keep the English term.” — Osmose M.

Especially when it comes to e-commerce or tech industries, many words in English aren’t actually translated into French. Instead, they’re added directly into the French dictionary. Things like brand names (Facebook) or disciplines (marketing) may technically have a French translation, but French speakers expect to keep it in English.

Focus on creating localized experiences for your customer, we’ll take care of the rest. No need for Google Translate or machine translation — whether you’re translating into Spanish, Portuguese, Russian, German, Japanese, Italian, Polish, Czech, Danish, Finnish, Arabic, or another of our many languages offered, we have you covered.

Our suite of translation management technology and language services eliminates manual translation efforts, removes black-box project management, and creates quality translations — while lowering your costs. You’ll be able to directly communicate with your translation team, like Jessy, Marie-Helene, Theo, and Osmose from France.