The World’s Languages: Engage Your Customers With Localization

Of over 7,000 known languages in the world today, 23 languages make up the native tongue of over 4 billion people. Here is what that means to businesses and ways you can engage customers with localization. 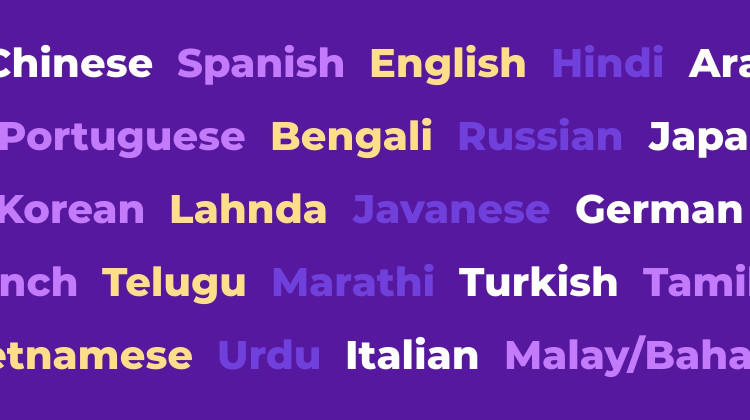 There are over 7,100 languages in the world. It’s a staggering number that drives home how multicultural and diverse our society is. Even so, only a handful of those — 23 languages — are spoken by 50 million people or more as a native language.

What’s most striking is that over 4 billion people speak one of those 23 languages as a native language. That means that businesses that localize into these languages have an opportunity to reach roughly half the world.

This neat infographic by Alberto Lucas López, first published by South China Morning Post in 2015, shows those 23 languages and where the native speakers of those languages live. The infographic is a few years old now, but it’s no less impressive or relevant.

Chinese takes the top spot, with over a billion native speakers. Spanish followed by English round out the top three, with 339 million and 335 native speakers, respectively. The fourth- and fifth-most spoken native languages are Hindi and Arabic.

The other 18 languages are: 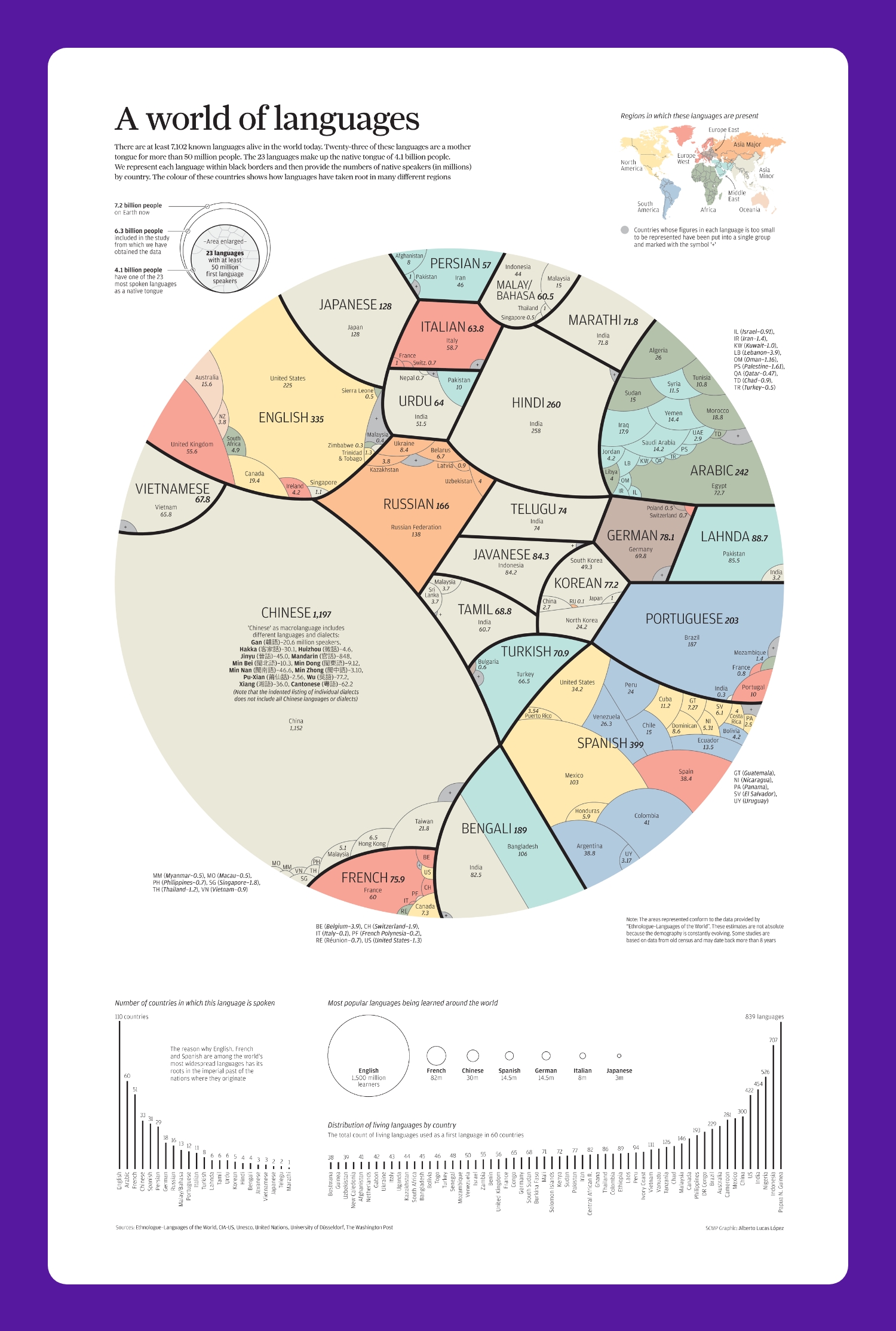 It’s worth highlighting that many of the languages listed above are macrolanguages — that is, under the umbrella of these languages exist several dialects. For instance, all native English speakers are grouped together, whether their native dialect is British English, U.S. English, Australian English, and so on.

At first glance, it’s easy to think these differences don’t matter. It’s the same language, after all… right?

While these dialects may be similar or share commonalities, they can evolve to be incredibly different from each other.

Sometimes those differences are significant. For example, in Spain, they use vosotros (the second person plural: “you” or “you all”) to address a group of people informally. And verbs are conjugated accordingly. But in virtually all Latin American countries, vosotros is not used.

Other times, the differences are subtler and more rooted in slang or colloquial expressions but are still significant. Take, for example, the common expression “cool.” Spanish speakers from Spain might say “guay” or “genial,” while Mexican Spanish speakers might say “padre.” And you’ll likely hear “bacán” in Chile.

Again, Spanish is only one example. As the infographic shows, many other languages have different flavors (or dialects) within the umbrella of the macrolanguage.

What This Means for Businesses: Localization

To properly set your company up for success when launching in new markets, you need to communicate with customers in their native language. But more than that, you must look beyond the umbrella language (the macrolanguage) and ensure you are tailoring their content to a specific locale.

The potential is enormous. We’ve seen that:

Think about your own life and how you make decisions about the products and services you buy. Are you more likely to engage with a brand whose website and checkout page is displayed in your native language or one written in a foreign language (even if you partially understand that language)?

Going global essentially requires companies to do the opposite to succeed: they must localize the user experience. Customers respond well to companies that truly understand them — which requires more than a word-for-word translation of your website.

The decision to localize your content is ultimately an investment in your business — a rather significant one at that. Mistakes can be costly: localization flubs can cause you to lose out on business opportunities, stall your expansion plans, and may even damage your reputation. To maximize your ROI, there are a few best practices to follow:

Smartling Can Help Engage Your Customers With Localization

Smartling’s technology can help ensure consistency across all different content types and provide an opportunity for in-context translation. In addition, our expert project managers guide businesses through the process and facilitate streamlined communication with the translation team. Are you ready to take your localization efforts to the next level? Let's Get Started. 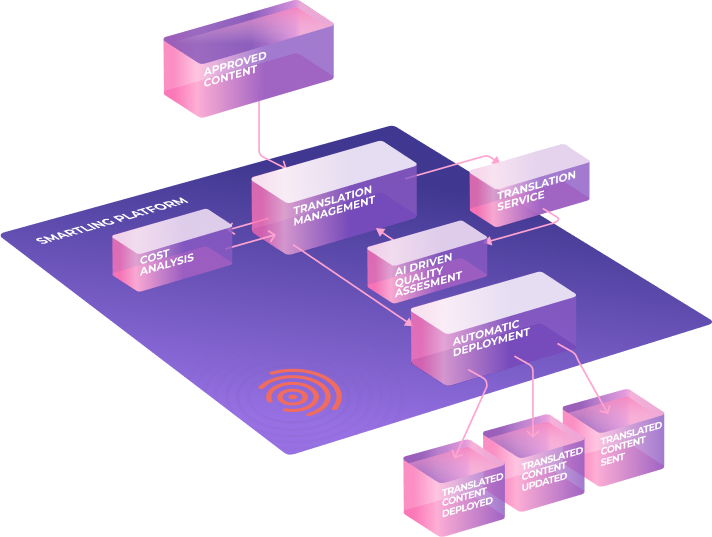